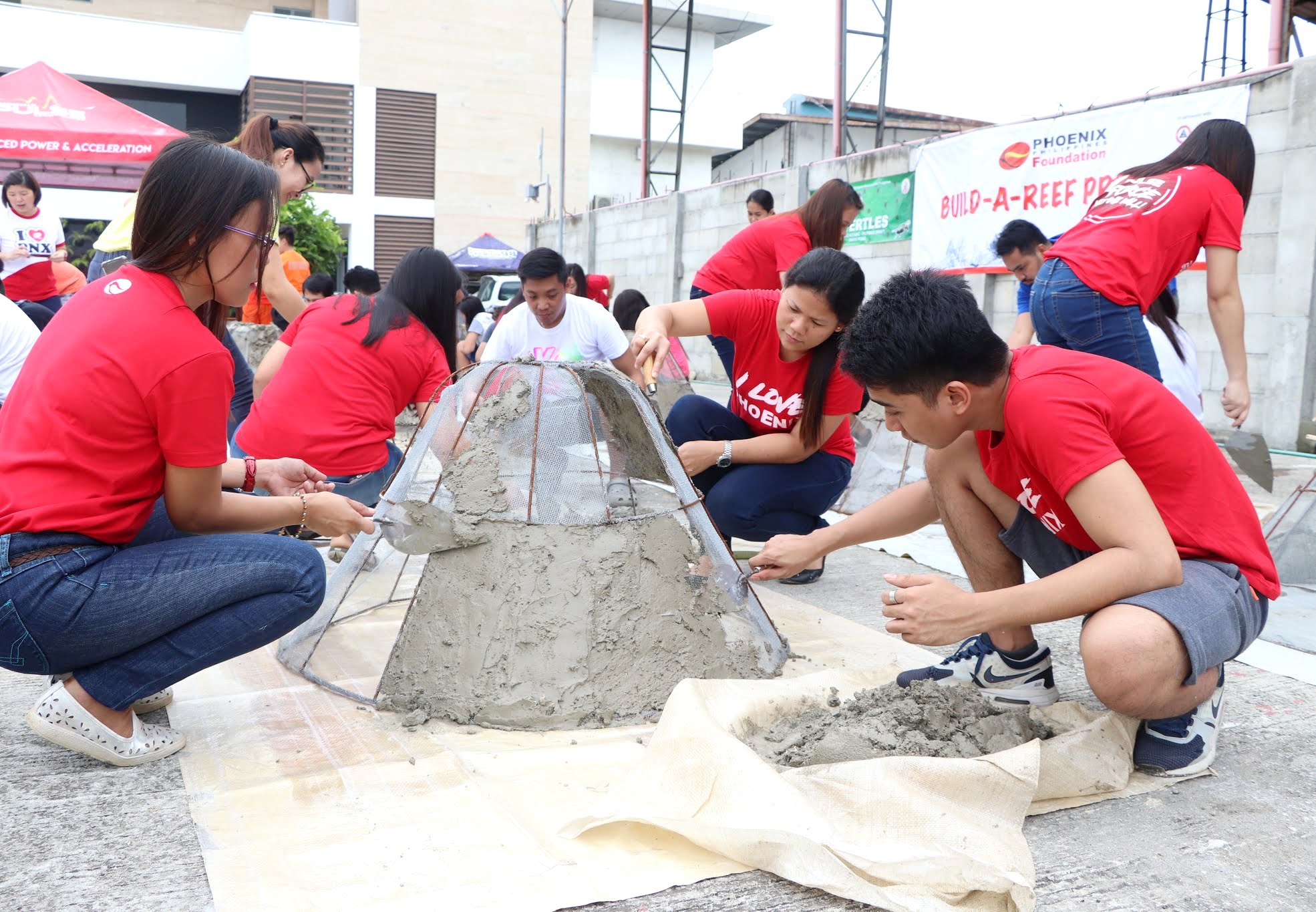 Volunteers from Phoenix Petroleum lead the Build-A-Reef project of Phoenix Philippines Foundation, producing 75 artificial reefs which were donated to marine-protected areas in Visayas and Mindanao.

In pursuit of its corporate social responsibility program on environment protection, Phoenix Petroleum, through Phoenix Philippines Foundation, has expanded its Build-A-Reef project to produce more artificial reefs and include more areas in the country as beneficiaries.

Now on its second year, the Foundation led a series of seven artificial reef-building and laying activities from August to December 2018.

“As an emerging major oil company in the Philippines, we acknowledge the role we play in the communities we serve as well as our environmental and social responsibilities. We take these obligations very seriously that’s why for the past years, we have been actively promoting and contributing to environmental awareness and protection as part of our CSR campaigns,” Phoenix Petroleum Chief Operating Officer Henry Albert Fadullon said. “In the coming years, we will continue leading and expanding more community-friendly projects such as the Build-A-Reef activity.”

As the CSR arm of Phoenix Petroleum, Phoenix Philippines Foundation facilitates numerous programs that empower people to protect the environment, improve the health and well-being of Filipinos, and extend relief to those in need.

In 2016, Phoenix Petroleum has launched its Build-A-Reef project and made 30 artificial reefs. These were donated to marine-protected areas in Davao City and have since been used as new homes for hundreds of fish species and marine organisms in the area.

The Build-A-Reef project is one of the four major activities carried out by the Foundation to preserve and protect the environment, the others being tree planting, coastal cleanup, and the adoption of a Philippine eagle.