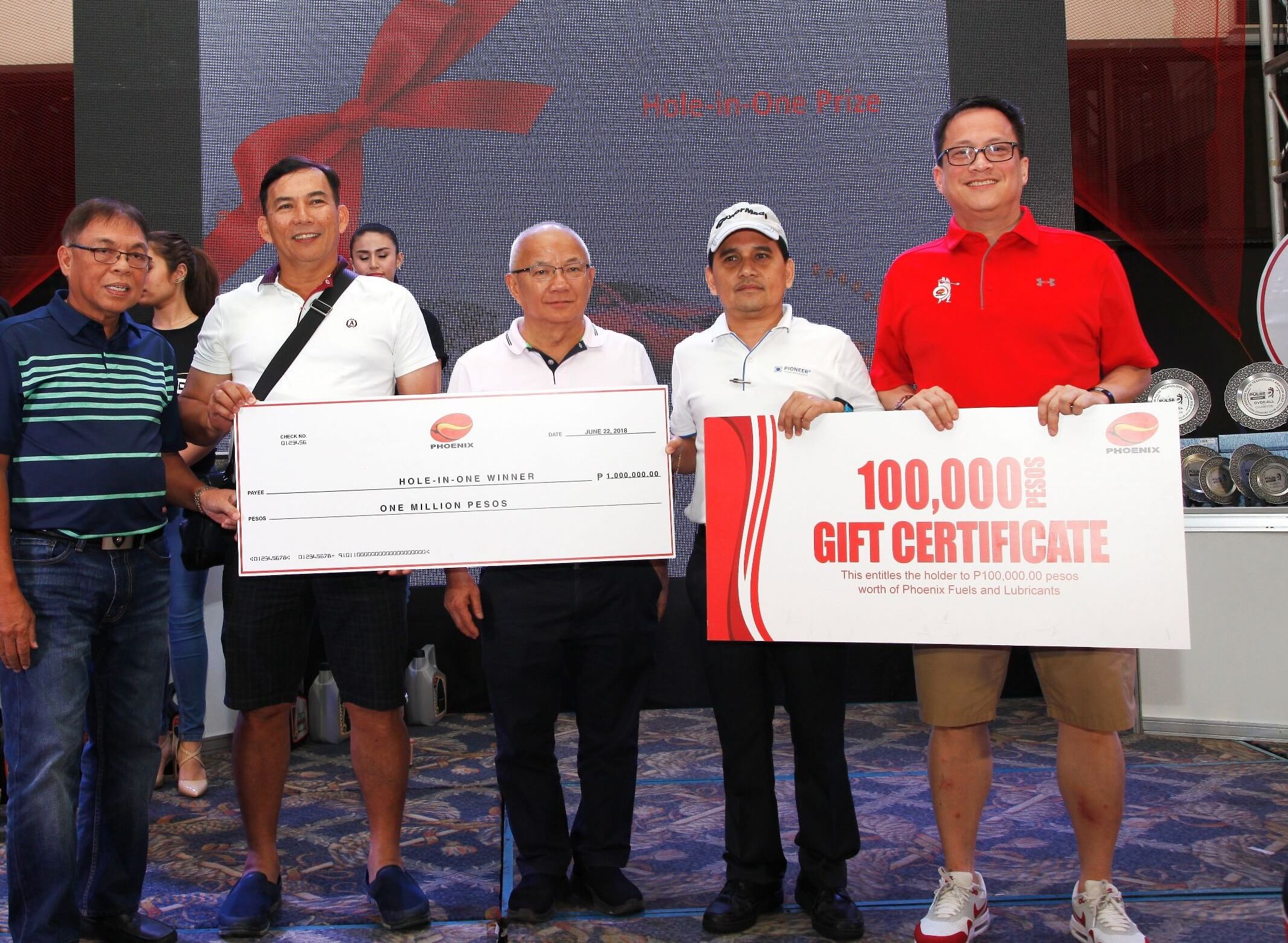 Ivan Nakila’s one lucky shot at Hole #15―a long and difficult Par 3―won him the hole-in-one prizes of one million pesos, a Tata Manza Petrol car, and Phoenix Petroleum fuel cards worth Php 100,000 at the Phoenix PULSE Technology Amateur Golf Tournament held at the Cebu Country Club on June 22, 2018.

Nakila, who resides in Butuan City, flew all the way to Cebu with his other golf club co-members to join the tournament.

The event proved to be a success as it had a record-high number of signups. This year’s roster of winners featured old and new names with Ferdie Chua and Ethan Maamo leading the pack as overall gross and overall net champions, respectively. 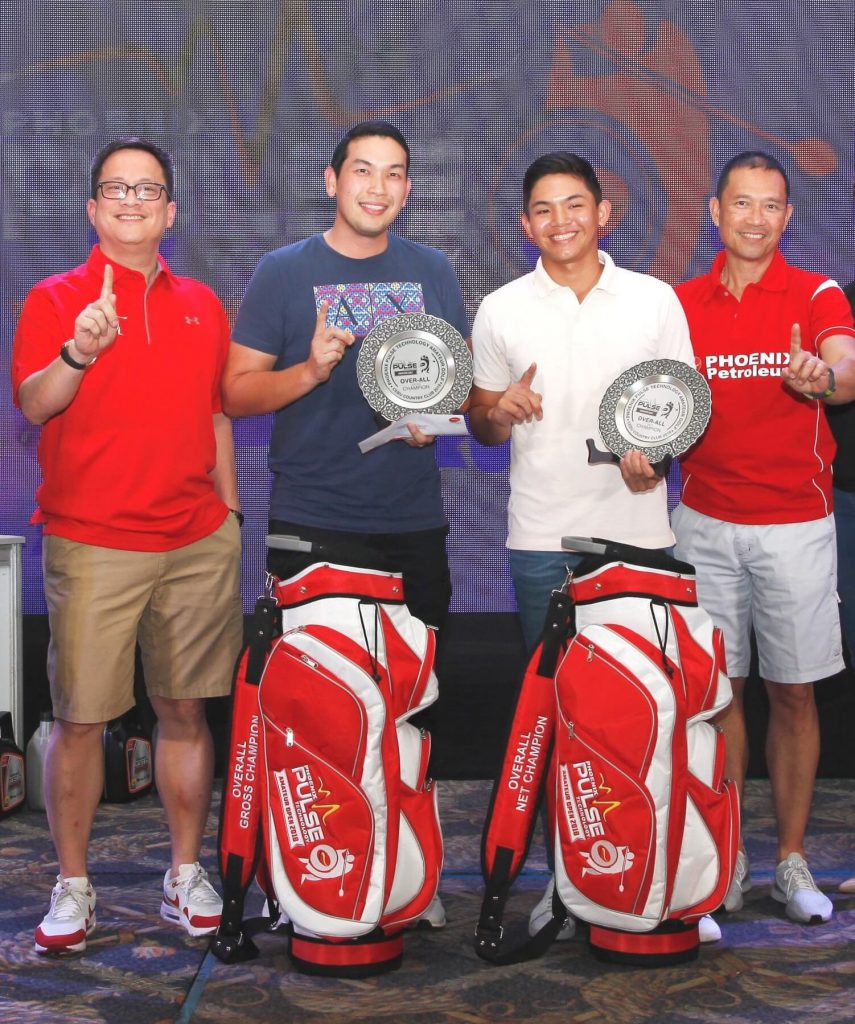 The Partner Division was just as exciting with Herbert Ong and Peter Po, Sr. tallying 86 points to emerge as champions. Jiggy Akol and Lorenz Florendo came in second with a score of 84, just a point ahead of third placers Gibson Balangauan and Ethan Maamo. 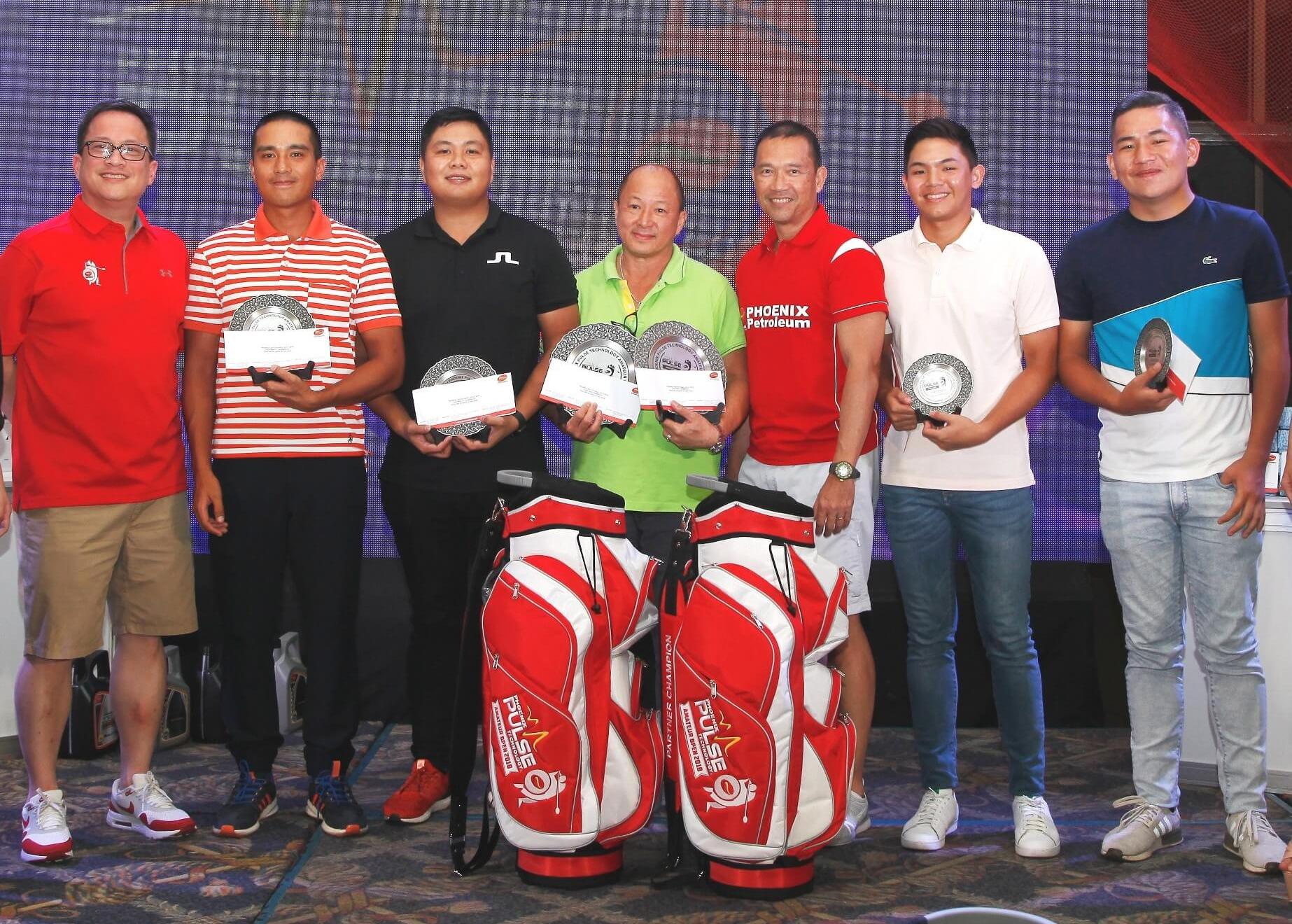 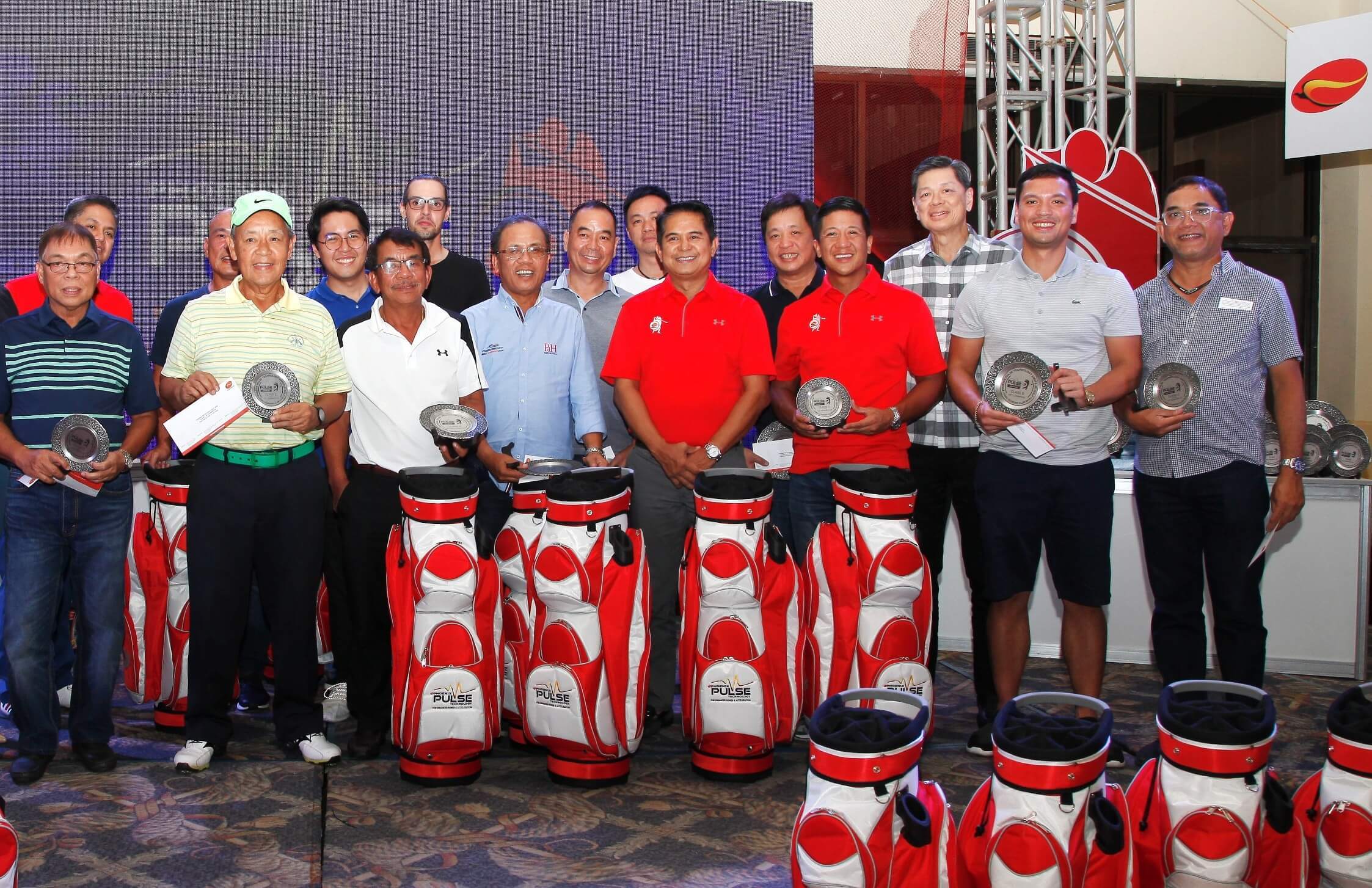 Special prizes were also given to Nino Bascon for Nearest to the Pin (Hole #5), to Hugo Saurat for Longest Drive (Hole #8), and to Joseph Yukayguan for Accurate Drive (Hole #16).

All the winners received Royal Selangor Pewter Plates and Phoenix Petroleum fuel cards during the awarding ceremonies at the Cebu Country Club Ballroom. Champions were also given limited edition Phoenix signature golf bags on top of their prizes.

The Cebu leg of the Phoenix Open is a World Amateur Golfers Championship (WAGC) qualifier. The winners in the five WAGC divisions will advance to the National Finals in September and will get a chance to represent the Philippines and compete against participants of 45 other countries in the World Finals slated in October in Malaysia.

The Phoenix PULSE Technology Amateur Golf Tournament is part of the annual Phoenix Open, a fundraising event of Phoenix Petroleum for the benefit of Phoenix Philippines Foundation and its programs on education, environment, health, safety, and outreach.

On the third year of the Phoenix Open in Cebu, over 200 golf enthusiasts from all over the Philippines and outside the country hit the greens for a day of fun, camaraderie, and community-building.