Volunteers and organizations collected trash along rivers, beaches, and waterways around the country last September 16 for the International Coastal Cleanup Day. Phoenix Philippines Foundation, the corporate social responsibility arm of Phoenix Petroleum Philippines, joined in the initiative by conducting coastal cleanup activities in different Phoenix depots across the country.

This resulted to a collection of 1,200 sacks of junk and debris along the coastlines. The cleanups were done in coastal areas near Phoenix Petroleum depots in General Santos City, Davao City, Zamboanga City, Misamis Oriental, Cebu, Bacolod City, Aklan, Batangas, and Oriental Mindoro while employees from the Phoenix Petroleum Taguig office joined other volunteers in the cleanup activity along Roxas Boulevard, Manila.

“This coastal cleanup is a strong show of community and cooperation in protecting and preserving our marine resources,” said Raymond Zorrilla, Phoenix Petroleum VP for External Affairs. “We hope that these activities encourage others to do their part in saving our environment.”

On its 32nd year, the International Coastal Cleanup is spearheaded by the Ocean Conservancy and is celebrated every third Saturday of September. The Philippines has been an active participant, holding the record for most number of volunteers for the event in 2015.

Phoenix Philippines Foundation has been conducting these cleanups in their depots every year since 2008. The Foundation also engages in other environmental initiatives such as tree planting activities and the adoption of a Philippine Eagle. Other core programs of the Foundation are education, health, safety, and outreach. 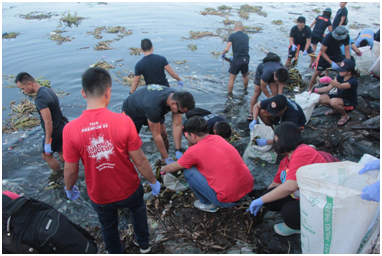 Phoenix employees and members from the Philippine Coast Guard work together in cleaning up trash from Manila Bay at the Baywalk along Roxas Boulevard. 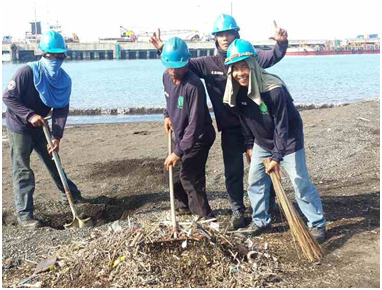 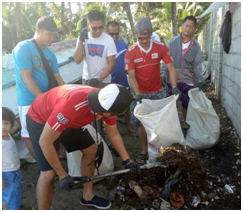 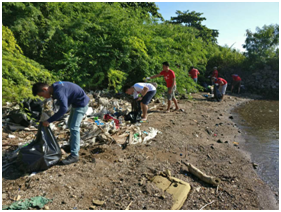 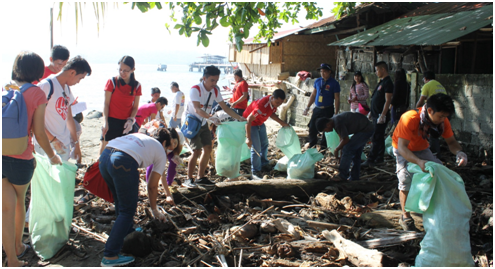 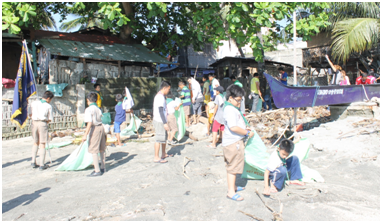 Members of the Boy Scouts of the Philippines from Bangoy Central Elem. School and Doña Asuncion Elem. School in Davao City join Phoenix employees in cleaning up the coast of Coaco beach in Brgy. Pampanga, Davao City. 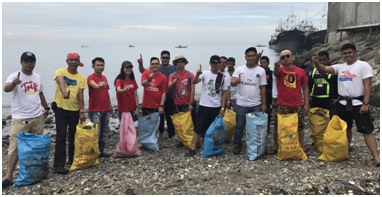 Phoenix Zamboanga depot and sales teams gather the sacks of litter and garbage they picked up in the coast of Brgy. Talisayan Zamboanga.