These are in addition to the renewable supply contract for Cebu signed last year by Phoenix Petroleum and Cebu Pacific. In 2014, both companies celebrated a decade of strong and indispensable partnership.

Phoenix Petroleum is the dominant supplier of Jet A-1 fuel to Cebu Pacific nationwide, providing Jet A-1 fuel storage, handling, barging, bridging and into-plane services to the airline company.

Phoenix Petroleum is the number one independent and fastest growing oil company today with an expanding network of operations nationwide. It is engaged in the business of trading refined petroleum products and lubricants, operation of oil depots and storage facilities, shipping/logistics and allied services.
Cebu Pacific is the largest domestic airline operator in the country, flying to 24 international and 33 domestic destinations. It is the sixth largest low-cost carrier in the Asia-Pacific region. 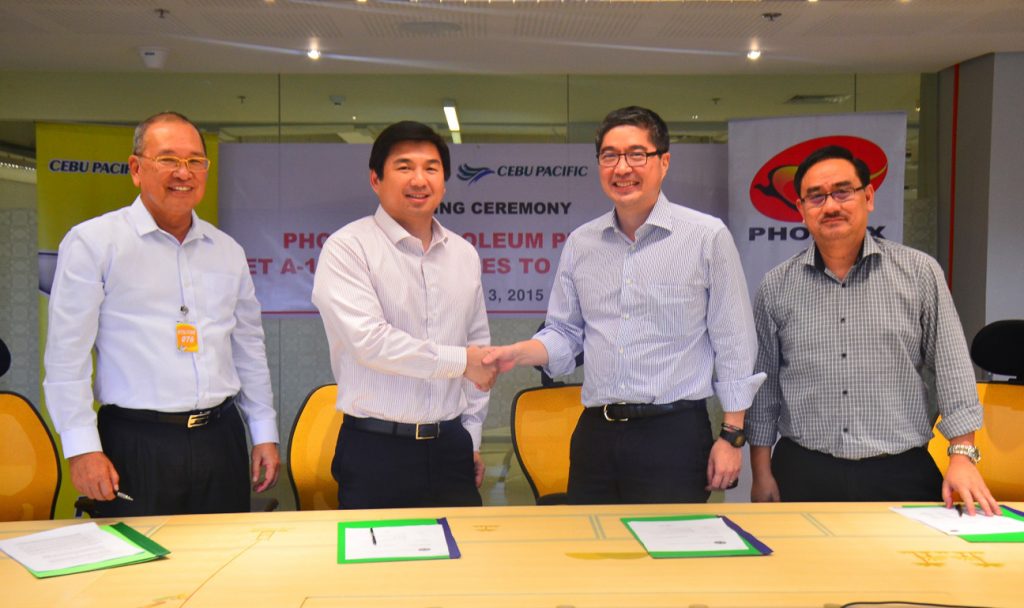