Under the agreement, Phoenix Petroleum will construct a Jet A-1 storage facility in Tayud, Consolacion, Cebu, to be used by Cebu Pacific to store their Jet A-1 fuel.

Universal Robina Sugar Milling Corporation (URSUMCO) also signed a contract with Phoenix for the latter to purchase and distribute all the ethanol production of URSUMCO.

In 2004, Phoenix Petroleum started as a small company in Davao involved in storing and transporting fuels. It got its biggest break when it became the exclusive logistics partner of Cebu Pacific in Mindanao.

Today, Phoenix is the dominant supplier of Jet A-1 fuel to Cebu Pacific nationwide.

After 10 years of strong partnership, Phoenix Petroleum and Cebu Pacific are leaders in their own fields. Phoenix is the number one independent oil firm, with more than 400 retail stations nationwide, and is the 36th largest corporation in the country. Cebu Pacific is the largest domestic airline operator in the country, flying to 24 international and 33 domestic destinations. It is the sixth largest low-cost carrier in the Asia-Pacific region. 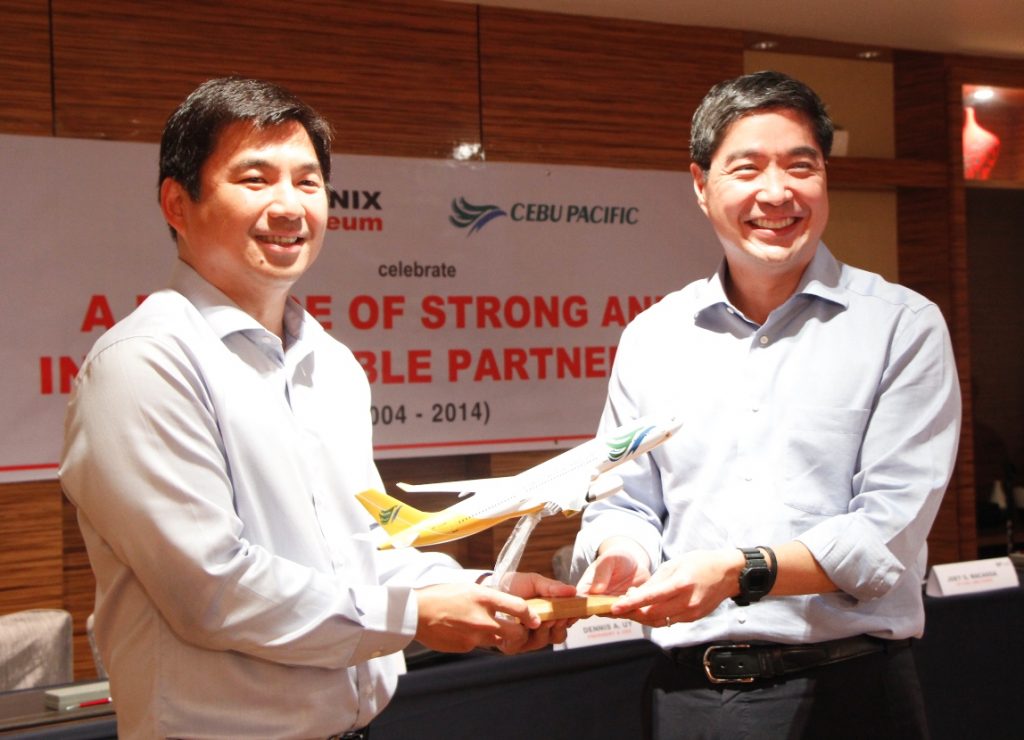