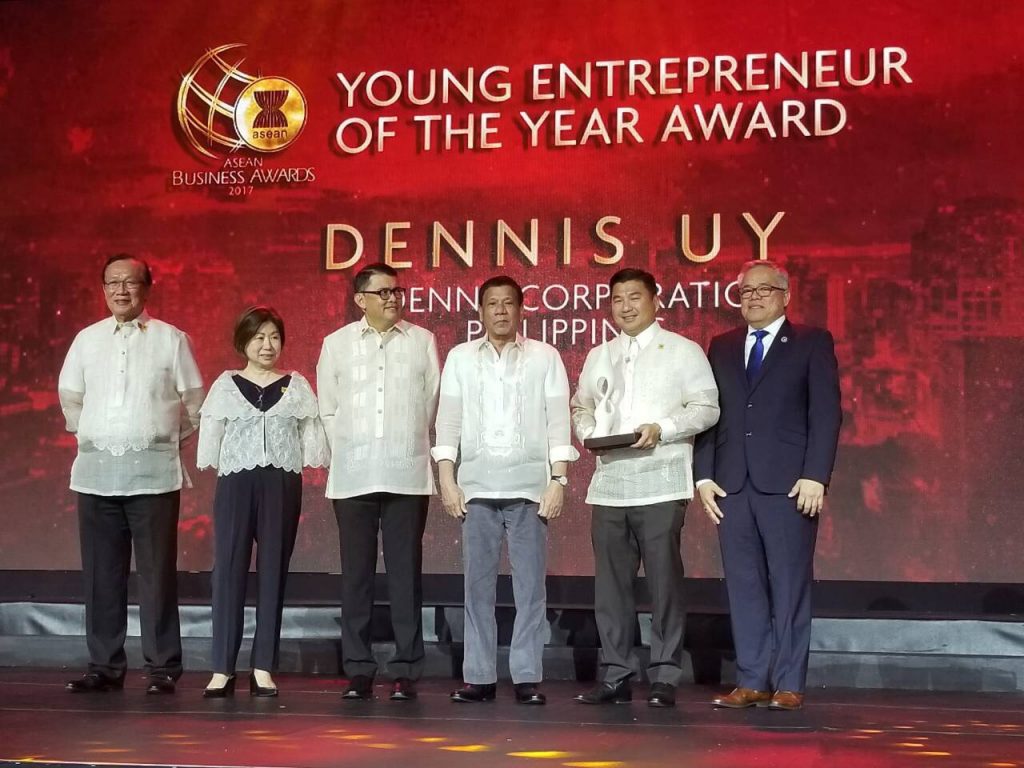 Phoenix Petroleum Philippines, Inc.’s President and CEO, Dennis Uy was recognized as the 2017 ASEAN Business Awards’ (ABA) Young Entrepreneur of the Year in ABA’s awarding ceremonies held on September 6, 2017 at the Solaire Resort and Casino in Paranaque City.

Among the main goals of ABA is to recognize outstanding ASEAN enterprises in the region and the people behind them. It brings to the spotlight businesses that have contributed to the growth and prosperity of the ASEAN economy and have the potential to become global economic players.

Mr. Uy started UDENNA Corp. in 2002 in Davao City as a small petroleum trader. From this humble beginning, the company has grown with a diversified business portfolio that includes interests in petroleum retail and distribution, shipping and logistics, real estate development, education, and tourism.

He has since listed on the Philippine Stock Exchange two UDENNA subsidiaries, Phoenix Petroleum Philippines, Inc. (PPPI) and Chelsea Logistics Holdings Corp. (CLC). Phoenix Petroleum is now the third biggest oil company after just a decade in operation, while Chelsea Logistics is now a dominant player in the shipping and logistics industry with UDENNA’s acquisition of a major stake in 2GO Group, the country’s leading shipping and logistics provider.

Udenna Corp. continues to forge ahead with its growth and acquisition plans in 2017, buying Petronas Energy Philippines, Enderun Colleges, and 2GO, where DAU is also now President and CEO. In July, UDENNA broke ground for the $341-million Emerald, a prime beachfront integrated resort in Mactan, Cebu, that will open its doors within the next three years.

With Mr. Uy as chairman, UDENNA has also launched education, environment, health, safety, and outreach programs that benefit its partner communities. In July 2017, it launched the LIFE Fund with an initial funding of P100-million to help soldiers in conflict-ridden Marawi City and their families, in aid of their Livelihood, Independence, Family, and Education.