Leading independent oil company Phoenix Petroleum helped schools get ready for the new school year in the recent Brigada Eskwela. Team Phoenix employees joined the school clean-up drive and cleaned and repainted classrooms, chairs, and tables in seven of its adopted schools. The company also donated over P190,000 worth of paint and school materials to 16 public schools nationwide.

For six years now, Phoenix Petroleum has been an active partner of its adopted schools and the Department of Education in the nationwide Brigada Eskwela program. This is part of the company’s commitment to support its partner communities through various programs in education, environment, health, and outreach. 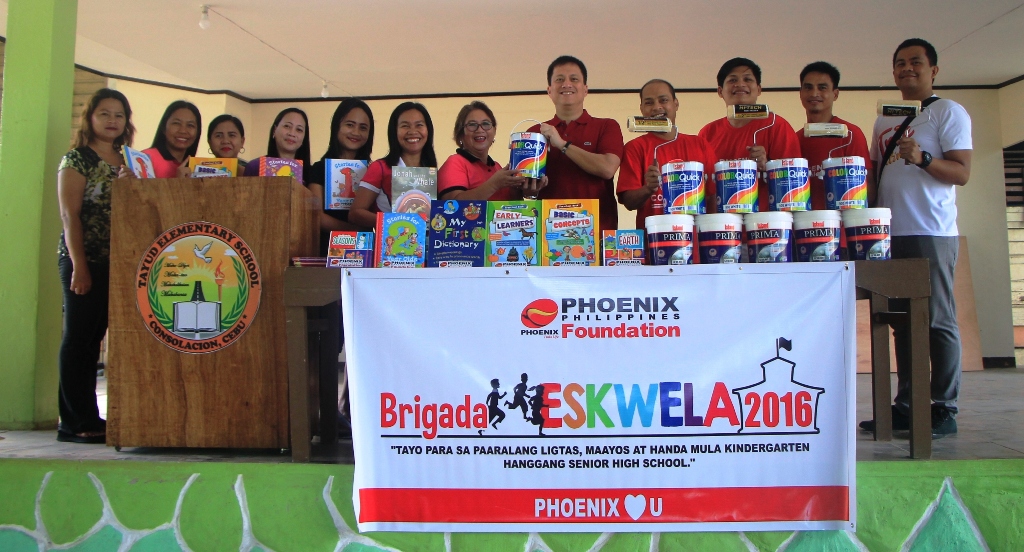