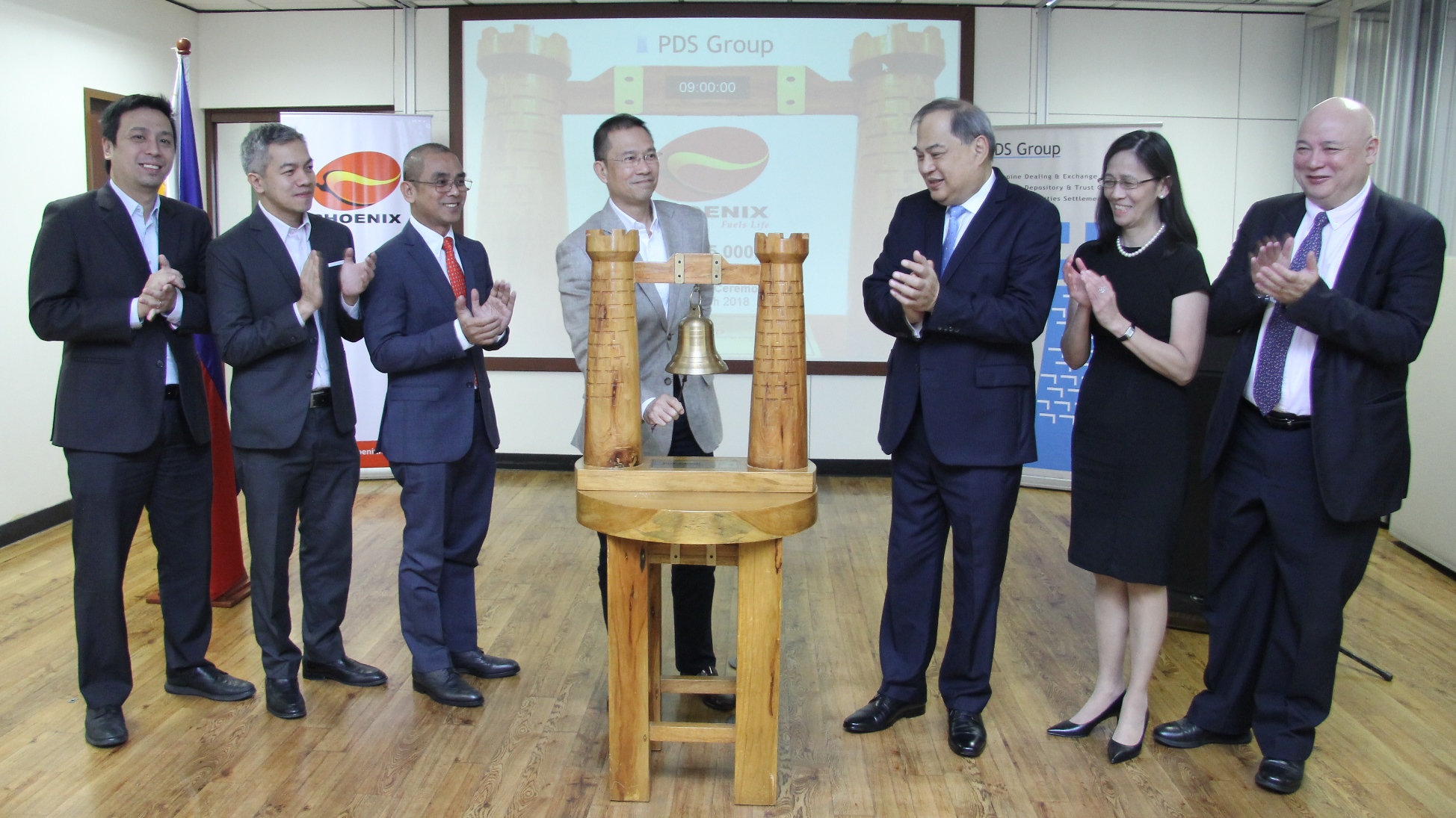 Chief Finance Officer Joseph John Ong led the ringing of the ceremonial bell. “The short-term notes provide investors compelling returns in a market of interest volatility. They are also expected to provide comparable if not cheaper financing from the public sector, and more importantly allows the company to lock in rates for the next 18 months,” he said.

The notes are due in September 2019 and carry an interest rate of 4.6250 percent, with interest payment dates at every 23rd of the months of June, September, December, and March of each year. China Bank Capital Corp. is the transaction’s sole lead underwriter and book-runner.

“It is not surprising to see Phoenix, noted as one the fastest-growing and leading independent oil companies in the Philippines, execute a nimble shift to this form of fundraising from qualified investors. As Phoenix grows accustomed to this cycle of financing from professional investors, we hope it can find equally viable applications of this type of instruments for its longer-term project funding requirements,” he said.