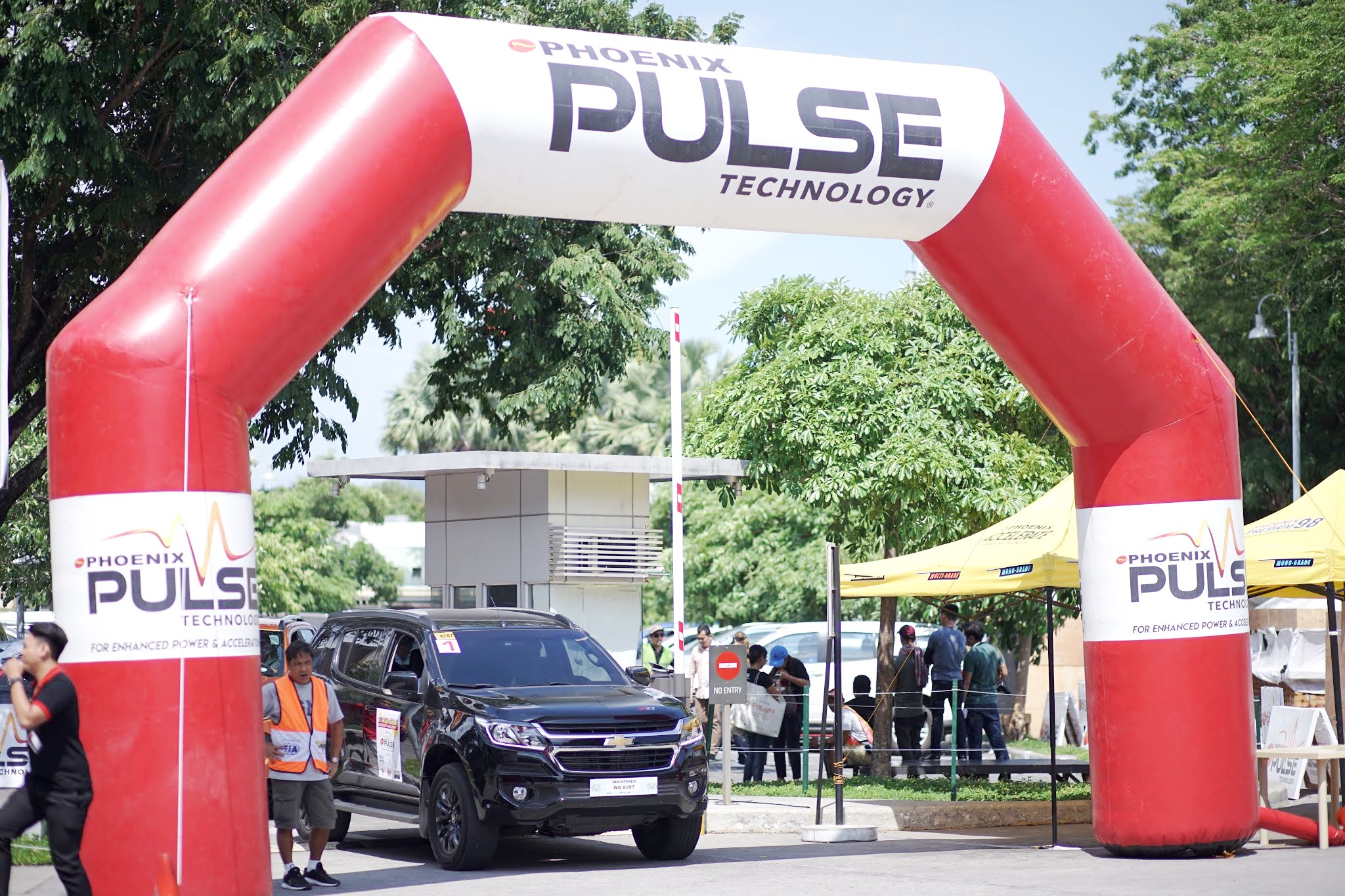 Phoenix PULSE Technology-powered cars from different brands battle against each other during the 2018 STV Auto Rally Corporate Challenge on May 12, 2018 from Clark Global City to Harbor Point Mall, Subic Bay Freeport Zone in Zambales.

Thirty-one cars from 10 car manufacturers, importers, and dealers raced against each other at the recently concluded 2018 Sunshine TV Auto Rally Corporate Challenge.

Focusing on precision driving rather than speed, the Auto Rally Corporate Challenge is a motorsport competition that follows the “On Time, All The Time” discipline and promotes road safety. The event tested both the driving and navigation skills of the participants as the challenge required them to reach several checkpoints by passing through defined routes and arriving there exactly on the time specified.

For the first time in its 18 years of staging, a fuel performance benchmarking in rally mode was also conducted to test the fuel economy of participating vehicles. Phoenix PULSE Technology—a fuel additive with advanced cleaning and protection properties for enhanced power and acceleration—was the official fuel of the activity.

Participating vehicles were made to gas up on automatic full tank with their odometer reading registered and gas tank sealed before the rally at the Phoenix Mindanao Avenue station. A post-rally gas up on automatic full tank as well was done for each vehicle, but with a different odometer reading to determine the actual fuel consumed and distance traveled.

“When we launched Phoenix PULSE Technology early this year, we anchored our marketing campaign on one of its benefits—better fuel economy through continuous usage. Through the fuel performance benchmarking we introduced at this year’s Auto Rally Corporate Challenge, we were able to demonstrate and prove our proposition,”Phoenix Petroleum Chief Operating Officer Henry Albert Fadullon said.

In addition to allowing your fuel to run smoothly in your engine and burn efficiently, which results to enhanced power and acceleration, Phoenix PULSE Technology has three main benefits: It avoids fuel filter blockage for diesel-powered vehicles, it removes deposits from fuel injectors, valves, and piston surfaces, and it provides engine protection.

Team Mini emerged as winner for the Corporate Team category of this year’s competition followed by Team Honda and Team Isuzu for the second and third place, respectively.

The winners were given recognition during the Auto Rally Corporate Challenge Awards Night held on May 21, 2018 at the Valle Verde Country Club.

The Sunshine Television Auto Rally Corporate Challenge is a yearly motorsport competition participated in by local industry players. It is the revamped version of the Sampaguita Rally which was a popular local motor sports during the 60’s and 70’s. This year, Phoenix PULSE Technology served as the official fuel partner and the presenter of the competition.